Home REVIEWS A Look Back at Outcast

A Look Back at Outcast 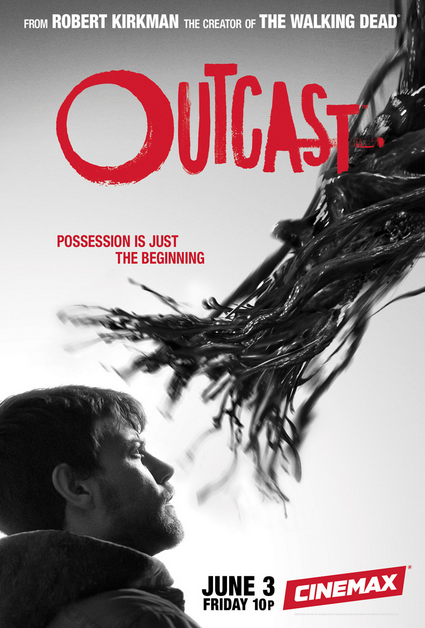 Somehow I was completely blindsided by this show. I hadn’t heard much about it and just happened to stumble upon it near the end of season 1. It’s a horror drama based on comics by Robert Kirkman, creator of The Walking Dead. The story centers around Kyle Barnes (Patrick Fugit) who plays an estranged father and husband with a dark past who teams up with a local preacher to battle the evil that has been possessing the innocent people of a small town in the middle of nowhere. I was immediately intrigued for several reasons. A) I have been a fan of Patrick Fugit since his iconic role in Almost Famous. B) This comes from the mind of Robert Kirkman… so, it has to be good, right?. And the answer is yes, with a capital AWESOME! For some unexplained reason Kyle has the power to cast out demons of the possessed by simply touching them. Even though he doesn’t seem to be a big believer in the power of God, he finds himself partnering with the local preacher to form an ass-kicking, demon-bashing duo not to be fucked with. The greatest part of stumbling upon this show near the tail end of the season was that I could basically binge watch the entire season in under a week. If I had one complaint, and I do… It’s that it’s on Cinemax, which is a premium cable channel not easily available to the masses. Time for all of us to find a friend with premium cable in time for Season 2.