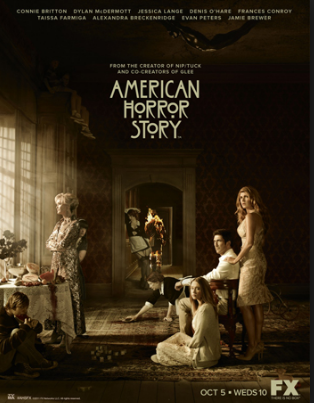 American Horror Story: Murder House was the start of something new, something revolutionary. As a huge fan of AHS, Murder House still ranks as the top season of the series.  AHS: Murder House elegantly wraps all the elements of a great horror movie into 13 episodes. The season is filled with lust, gore, terror, and most importantly relatable and unforgettable characters. At first glance, it may appear that the season is focused on the day to day life of real people, which may seem odd, but with all the crazy plot twists, this family finds itself in insane crisis mode.