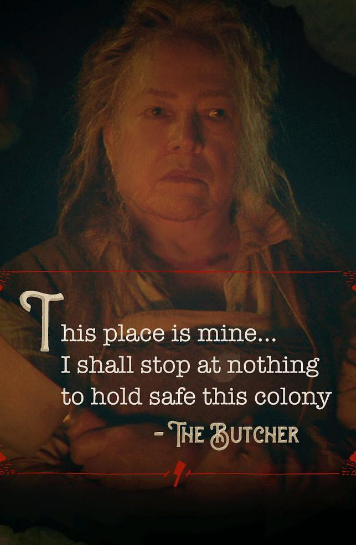 Is American Horror Story- Roanoke turning a corner?  We finally have answers for some of the lingering questions and with the horror factor at optimal levels, this is the episode we have all been waiting for. Chapter 5 managed to include great aspects of the horror genre that we all crave, including some tastefully execute gore which made for an amazing and spectacular episode. I was completely engrossed in the story, unlike the previous 3 episodes which left me feeling indifferent. The end of the episode concluded Matt, Shelby, Lee and Flora’s nightmare, or so we think.  Will the Roanoke nightmare move on to a new family or will Chapter 6 throw us a major twist ?