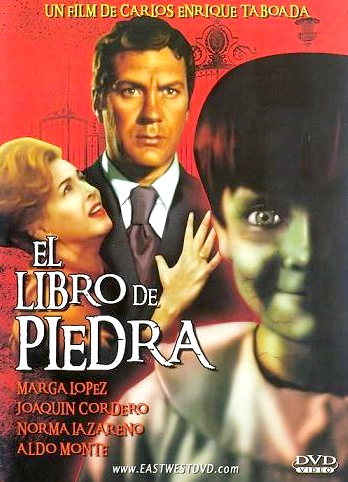 A-list talent and an original story is the short and sweet review of El Libro de Piedra. Sure, most young kids have an imaginary friend, but when your child starts to predict the future or bringing up topics on the occult it may be time to worry. Oh, and if the governess fails to tell you that your wife’s grave illness was the result from your child’s use of voodoo as a recreational tool, maybe it’s time for her to go and maybe it’s time to move far away from Hugo, the creepy local statue. We see the characters plucked away one-by-one by the evil “friend” without the use of any special effects.  At times frustrated by the stupidity or failure to act upon the impending dangers, I remained intrigued with Silvia’s obsession with Hugo and his family’s ties with the devil. It’s unfortunate that the adults who surround Silvia are repeatedly unable to protect her from her new friend, Hugo the statue.