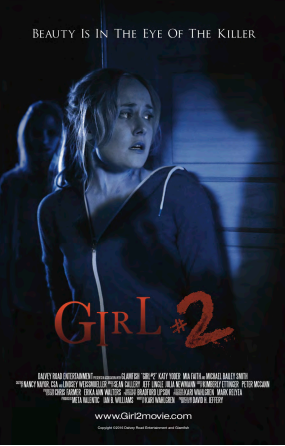 Girl #2 is a short film I had the opportunity of viewing at Shriekfest and it’s awesome.    It starts off with Jenn hiding from a deranged murderer that goes on a killing spree at the sorority house.  Jenn and Stacy, the last two survivors barricade themselves in an upstairs bedroom and try to come up with a “plan” on how to survive. Their desperate plan quickly turns into banter, completely mocking cliches of the greek system and horror genre. Girl#2 seamlessly goes from a slasher film to a witty comedy and its just fantastic. The acting is great and its amazingly shot.  To watch the trailer click here.