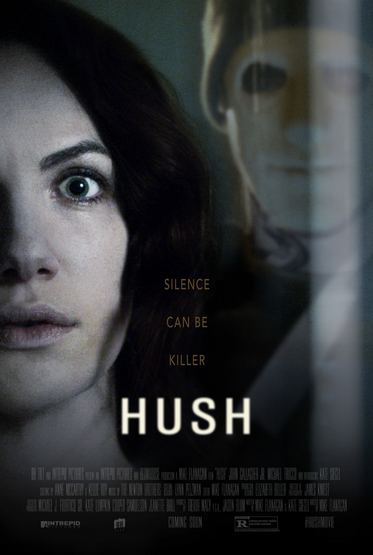 Hush takes your typical slasher movie and applies a new and inventive twist. The main character Maddie (Kate Siegel) is being tormented by a ruthless serial killer but the fact that she is deaf provides a new and refreshing aspect to the film. Her thirst for survival is strained as Maddie attempts to make it out alive relying solely on her sense of sight and instinct. Hush successfully keeps your eyes glued to the screen by establishing an abundance of suspense and anxiety. It’s this suspense that is fabricated in each fragment of the film which creates a fair share of cringe worthy moments. There’s no doubt that Hush is a horror film that will never grow old.