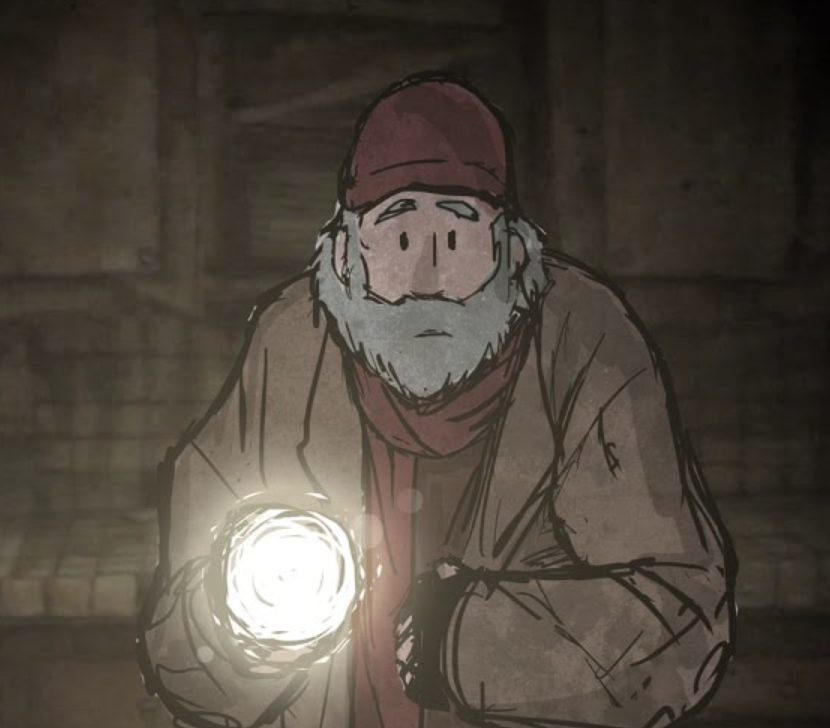 Midnight Snacks is directed and animated by David Romera who also created an excellent horror short film, Other Lily. Midnight Snack depicts a homeless man who stumbles upon an abandoned apartment complex; desperate for shelter and food the old man decides to stay the night. He discovers a meal inside a hole in the wall. No longer hungry the man’s life takes a turn for the worst as his meal was the actual heart of something paranormal. Other Lily was an impressive 2-D animated horror film so my expectations were set high before watching Midnight Snack. I have been completely blown away this short is actually scary and unpredictable. Interesting enough the props used in the film are both real life objects mixed with  2-D animated cartoons. These visual techniques added a creepy skin crawling effect. The Horror factor in this film is out of this world; it’s not what I expected at all. Even though this film is only 5 minutes long you build this weird connection with the elderly man.You as the audience, sympathize with the character and hope for the best possible outcome At the end of the short, I felt like my heart was torn out from my chest. This means David Romera created an emotionally effective film, which isn’t easy to do in with a limited amount of film time.  Midnight Snack is an exceptional horror short film; director and writer David Romera is certainly building a name for himself. Watch the Film Here