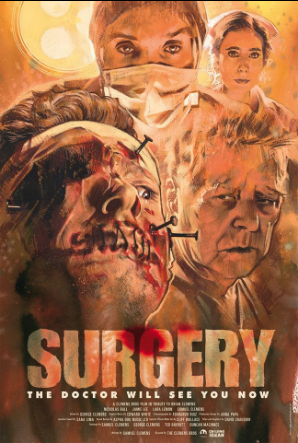 Surgery, is a typical average torture film that is gory and distasteful. Unfortunately, the torture tactics were generic, the usual breaking of fingers, stitching of the mouth, etc.,  The plot was almost identical to that of the 2010 feature film The Tortured, in which, parents also torture the man they believe killed their only child. This film was shot very well but it could use some originality. See trailer here.