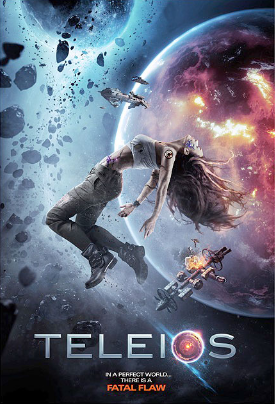 I really wanted to like this movie, the cover art is fantastic and I was intrigued by the idea of a perfect human race investigating a bloodbath in space, but the movie never delivered.   While the film had good audio and visual scenes, the storyline was absolutely boring and the acting was mediocre, at best.  I hate to be so harsh on an indie film but they should have spent their $1M budget on a more interesting story and stronger casting. Unfortunately, this is an example of the fact that special effects doesn’t make up for a weak story or poor casting.  I was afforded the opportunity to watch this film at Shriekfest and perhaps at the time of distribution the distributor will edit the film and make it more palatable, so we shall see what the future holds for Teleios.