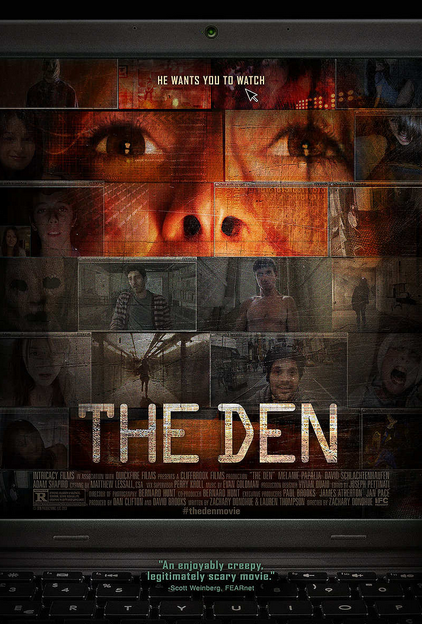 The Den is a psychological thriller that captures the life of an internet researcher who stumbles upon a horrific scene on a video chat website called “The Den”. The young woman’s life begins to unravel as she believes she is being stalked and terrorized by the unknown. The Den is a found footage film that embraces the modern fear of cyber-paranoia and the evil that lies behind the computer screen. The Den is certain to leave you wanting to slap a piece of tape over your webcam to ensure no one is watching you from the other side.