The Exorcist – Sexist or Religious? 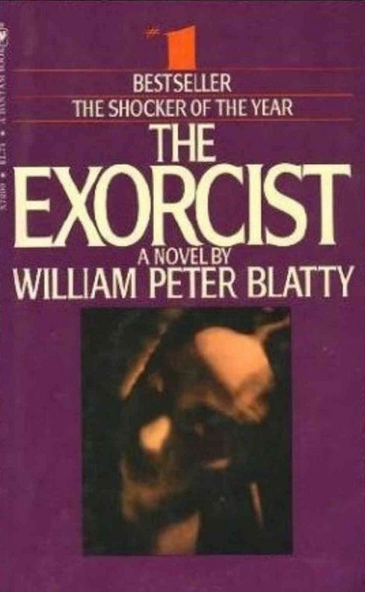 In preparation for this piece I started researching the topic of gender bias in the horror genre and I found a wealth of articles and books such as The Monstrous Feminine and Men, Women and Chainsaws. What I also found is that there are several courses offered and many people passionate about the subject such as Bitchmedia and Mrs Magazine just to name a few. As someone who had never given this topic much thought, I was very intrigued, especially as the subject relates to The Exorcist, one of the most analyzed artworks of the horror genre.

Many have arrived at the conclusion that the The Exorcist is a mysogynistic novel, with a political agenda and a criticism of the evolving feminist movement of the 1970s. In fact, an English professor at the University of Wisconsin provides a full analysis on the various sexist topics raised by the novel, such as Reagan and Chris: The Damsels in Distress.

But, perhaps the novel isn’t a criticism of any movement or political ideals, maybe it was author Peter Blatty simply using the social and political climate of the times as a backdrop to give context to the story. Perhaps instead, his real message was one of faith. In an article by the Washingtonian, Blatty responded to the criticism by saying that the novel is “an argument for God, I intended it to be an apostolic work, to help people in their faith. Because I thoroughly believed in the authenticity and validity of that particular event.” As for the event, he is referring to the exorcism of Roland Doe which inspired the novel. This does beg the question, why change the gender of the possessed from a young boy to a young girl?

It is hard to reconcile that the novel was a criticism of the feminist movement when Blatty has praised his mother who raised him as a single mom and instilled so much faith in him. He was quoted as saying the “power of her faith and conviction that God would eventually make everything right. It just flowed out of her onto everything that she touched.” Maybe his use of a young girl as the possessed was pleading to the audience’s soft spot for protecting women and children or perhaps it’s because we think a woman’s experience is more vivid. It’s no doubt that the story illustrates the classic damsel in distress theme in which the woman must be saved, but we can’t ignore that Father Karass also needed saving from himself.

Perhaps Father Merrin said it best; “Yet I think the demon’s target is not the possessed; it is us . . . the observers . . . every person in this house. And I think—I think the point is to make us despair; to reject our own humanity, Damien: to see ourselves as ultimately bestial; as ultimately vile and putrescent; without dignity; ugly; unworthy.”

I suppose it’s my belief that possession is possible that has always allowed me to see past the gender themes that others have suggested or maybe it’s that i’m actually not a feminist. It’s hard to say, but what I do know is that The Exorcist, the novel and the movie are by far my favorite horror masterpieces.