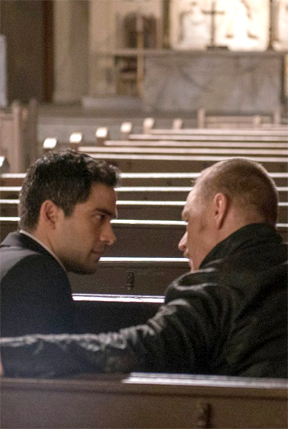 It’s great to see that the series is continuing to build on its momentum and is developing its own identity with subtle homages to the classic story. I am really enjoying Casey’s conversations with the demon because it allows the viewers the opportunity to really understand what is going on inside her, both physically and emotionally. For those of you who lack patience, you won’t be disappointed, Father Marcus and Father Tomas are on it, they waste no time in invoking the demon possessing Casey.  We see Casey in full fledge possession mode and it’s a pretty great scene, leaving the viewers wanting more. The underlying conspiracy theory is unfolding and with Marcus on its trail, who knows what the story will bring next, but knowing that the demons are communicating with one another, we know that we are witnessing only the beginning of the evil that is yet to come.