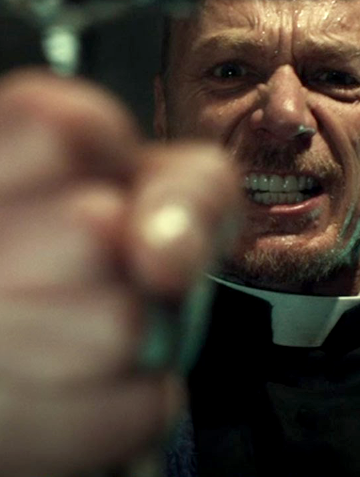 As a zealous fan of all things The Exorcist, I was cautious about getting too excited about the new TV series, but the first episode does not disappoint and I am pumped to see what comes next. Both Father Marcus (Daniels) and Father Tomas (Herrera) are very convincing. I am glad that the writers took some liberties with the characters.  Father Marcus, while he shares the faith of Father Merrin in the original story, is more of a cowboy who takes matters into his own hands, pulling a gun on another priest… pure genius. We see some of Father Karras’ traits in Father Tomas, such as his doubts, but unlike Karras, the writers waste no time in making Tomas a believer. I appreciate the subtle nods to the original, such as the rats in the attic and the wailing of the young victim Gabriel as Father Marcus quickly approached. I am eager for the writers to reveal what Casey Rance (Hannah) meant when she referred to there being more than one rat.