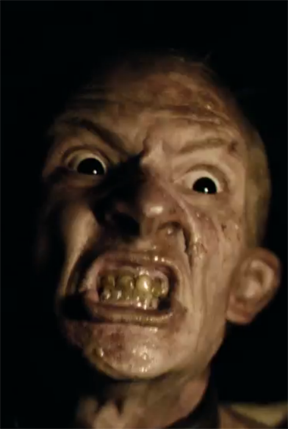 Oh man, I am addicted! We learn more about Father Marcus (Daniels) and Father Tomas (Herrera) through their backstories. Each has faced their own struggles, one is hanging on to a past love while the other is broken. I am particularly intrigued by Father Marcus’ story, his training as an exorcist and his recent inability to cast out demons. Perhaps this humbling experience will help renew his faith and abilities. We are also introduced to some new side stories as well, the Pope visiting Chicago, which leads me to suspect that his arrival is the reason for the demon infestation and harvesting of human organs by a mysterious group of men. Oh and for those who haven’t watched this episode, pay close attention to the woman whom with Angela (Davis) is discussing the logistics of the Pope’s visit.