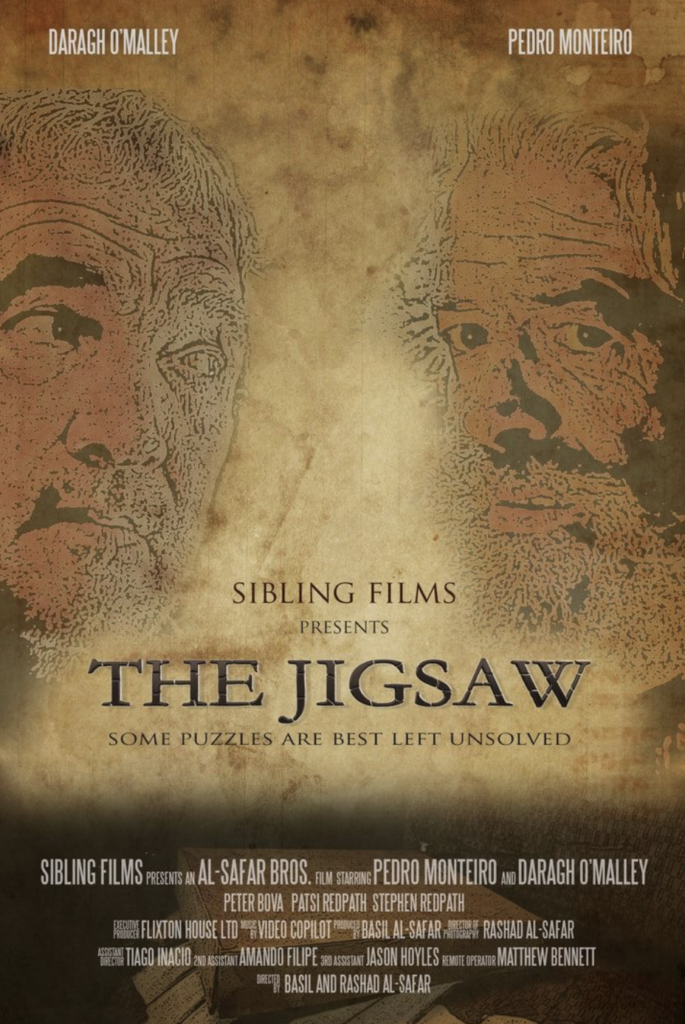 I am in awe! The jigsaw is by far one of the best horror short films I have ever seen. Directed, written and produced by Basil Al-Safar and Rashad Al-Safar it is clear why The Jigsaw won over thirty awards around the globe. The mysterious purchase of a jigsaw puzzle from a strange thrift store leads to an elderly man encountering series of unfortunate events. The Jigsaw is absolutely phenomenal there is not a single boring scene in this film. The directing is off the charts every shot is captivating, interesting and alluring; capturing amazing close up shots and seamless scene transitions.The film was not only visually entertaining, but Pedro Monteiro’s acting is remarkable. Nothing in this film seemed out of place and when the film reaches its climax it’s is absolutely perfect. The ending is extremely satisfying, as the audience, you’re not left wanting more nor are you left disappointed. Once you reach the end of the film the story feels worthy of its ending. What I quite enjoyed about this horror short is that it does not hand feed you the next scene or obviously sets up a jump scare. This film is directed with such fluidity and the storyline is easy to follow. Another benefit to this film is it doesn’t explain —Why is all of this is happening?— rather the film adds more suspense by saying, Why can’t this happen to you? The Jigsaw is a collective film, with top notch acting and directing certainly deserving of its awards. See movie here.