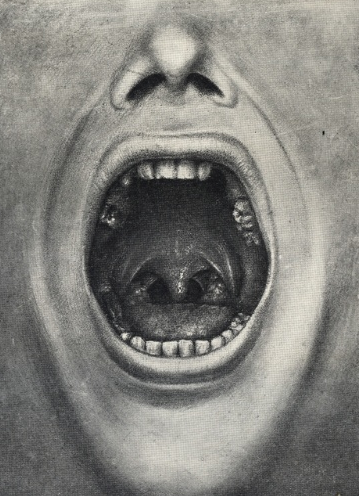 Trenton Psychiatric Hospital, is one of the most visited haunted asylums not only because of its appearance but the horror that lies in its past. Dr. Henry Cotton was the asylum’s medical director from 1907 to 1930. His medical training pedigree should have made him one of the most well respected doctors in the psychiatric medical field, but his obsession with the unsubstantiated belief that focal sepsis was the cause of insanity has branded him one of the most horrific examples of medical history. His theory drove him to commit some of the most horrific acts known in the history of medical psychiatry. This statement may be hard to believe given the horrific past of the psychiatric field, but it’s true.

Cotton’s theory was premised on his belief that insanity resulted from an untreated infection in the body. To treat the infections he and his staff experimented with surgical bacteriology, which entailed the removing of body parts to cure insanity.  He would start by pulling the patient’s teeth and if that extraction didn’t show an improvement he would then remove the tonsils, wash out the sinuses, then on to the removal of other body parts such as the intestines, testicles, stomach, spleen, gall bladder, ovaries and colon. According to Strange Medicine:  A Shocking History of Real Medical Practices Through the Ages, Cotton and his staff pulled over 11,000 teeth.

His madness didn’t stop with his patients. He extracted his wife’s teeth and the teeth of two of his sons. One of his sons was also subjected to a colectomy and tragically, both sons committed suicide as adults. He even had his own teeth pulled. Cotton himself depicted the madness he claimed he was trying to cure.

As reported by Andrew Scull in his book Madhouse, Cotton believed that “being persistent against the wishes of the patient” was the only way to be successful. He falsified his findings and reported an 85% cure rate when in reality he had a 33% death rate from the operations, as reported by Phyllis Greenacre, a fellow psychiatric student of Cotton’s mentor, Adolph Mayer. Mayer defended Cotton’s work and dismissed Greenacre’s findings which allowed for Cotton to continue butchering his helpless patients. He was an unstoppable butcher with no repercussions because at the time the mentally insane had absolutely no rights. So who was going to protect them? No one!

Cotton died in 1933 of a sudden heart attack and with the highest accolades. The New York Times and other publications hailed him as a pioneer in search for the better treatment of mental patients but now, thanks to books like Madhouse we are able to learn the truth about who he was. You can see a glimpse of him in a character based on Cotton in 3 episodes of Knick, as the head doctor who treated  Dr. Everett Gallinger’s wife and just like the real life Cotton, had all her teeth pulled in an effort to cure her insanity.