Home FEATURE The Scared One 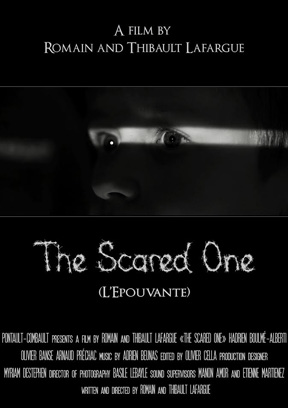 The short films at Shriekfest 16 were by far the stand out selections of each day. While some of the full-length features felt a little long, the fast-paced, high-energy shorts were always fun. The Scared One is a French short written and directed by brothers Romain and Thibault Lafargue. The story revolves around a father and son who seem to have a troubled relationship and their strange fearful fascination with the scarecrow outside of their home. Casting a child actor is always tough, and the outcome can, at times, be disappointing, but in this case the acting was fantastic by both the father and the young son. You can almost feel the fear as the young boy, played by Hadrien Boulmé-Alberti, cowers from the dangers around him. One of the most memorable aspects of The Scared One is the vivid audio. I would venture to say that the audio was more striking than the powerful imagery and at times would drive you to physically shake off an eerie, skin-crawling feeling. I won’t pretend like I completely understood the ending of the film, but it was just enough of a curve ball to make me want to watch it again to figure it out.