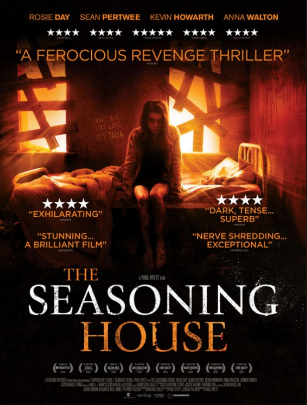 The Seasoning House is a dark film that exposes the dark hidden truth of human trafficking and forced prostitution.  The film is certainly not for the faint of heart, as it exposes the horrors of young girls forced into prostitution. The characters suffering will reach into your heart and keep you rooting for the characters to pull through and survive their tragic future.   I like to categorize this film as a “Reality Horror” because it focuses on the TRUE horror that is happening in this world, which, in my opinion is much more frightening than a fictional cliche horror flick.