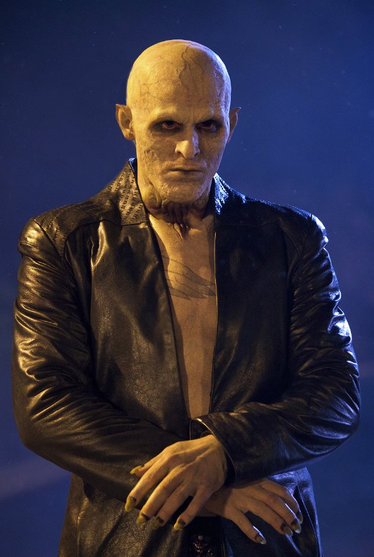 That’s what I’m talking about! The season started strong and then dipped a bit in the second episode, but came back stronger than ever with First Born. Maybe this is because the screenplay for this episode was written by co-creator Chuck Hogan. We get to see some back story on Mr. Quinlan who has quickly become my favorite character. For those of you who don’t know, he’s the half-human, half-strigoi badass who’s out to kill the master. He’s fun to watch on screen and ads a hint of danger and tension when out and about with our core group. Eph is still up there as one of my favorites, but he’s starting to whine a bit much for my taste. Dude, we get it, you’re bummed about your kid… and your wife… and your job… and the state of the world… and… well, yeah I guess that does kind of suck, but common, time to kick some ass! I’m just saying… that move on the bridge was a total rookie move. Last time I was fighting (and totally kicking ass) in a vampire apocalypse my grandmother’s poodle could put a better plan together than that. I guess it all worked out… or did it? I think some of the weak characters are slowly disappearing and the show is finding a good rhythm where we are following the stories and the characters that are interesting and engaging. Let’s hope that this continues. And can someone smack Zack upside the head for me? Seriously what 12 year old is that stupid? Maybe Eph and Zack should take lessons from Rick and Carl on how to be a badass in a post apocalyptic world.