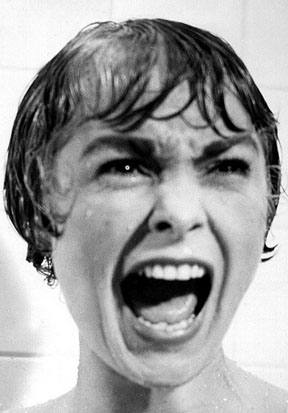 4: Night of the Living Dead

Directed and written by George A. Romero, Night of the Living Dead introduced the world to flesh eating humans which we now know as zombies. Thanks to Romero and his breakthrough film many of us across the world can enjoy his creation and the many zombie films that have followed. Without him who knows if the infamous creatures would exists for our enjoyment.

Directed by Ruggero Deodato and written by Gianfranco Clerici, Cannibal Holocaust is one of the very first “film diary” horror movies. It was highly controversial when it was released in 1980 because of the unusual amount of gore which was almost unpleasant to watch and left stomachs turning everywhere. The film was so realistic and convincing that it was the subject of a court case to make sure that none of the grotesque events actually took place. It didn’t help that Ruggero Deodato required all the actors to go into hiding as his goal was to create an ambiance so realistic that the public questioned whether it was real or not… And he succeeded! He wanted to show the real potential of cinematography and special effects to create something fictional and turn it into an object of uncertainty.

Directed by Tobe Hooper and written by Kim Herkel and Hooper himself, The Texas Chainsaw Massacre was a complete shock to the audience. The film was the first to establish what has become the stereotypical scenario of a group of friends on a road trip who encounter trouble. The Texas Chainsaw Massacre became an instant classic, embracing both gore and suspense, but what the film does that is so unique is show what can happen in broad daylight. Even when you can see clearly what’s in front of you, awful things can still occur; Destroying the typical pattern of being killed and hunted in the dark.

Directed by William Friedkin and written by William Peter Blatty, The Exorcist will forever hold the title for the most terrifying film in cinematic history. The Exorcist is extremely well crafted and this is did not go unnoticed. It was the first horror movie to be awarded not one, but two Oscars, for best screenplay and best sound. The possession of an innocent little girl and the traumatic events that followed has forever scarred those who have watched. Nonetheless when the film was initially released it was not welcomed with open arms, especially by religious groups. Though the controversy did not stop the success of the film, to this very day I and many others consider The Exorcist to be an unforgettable horror film that is unsettling each and every time you watch it. The film is so intense that even after it’s over and the dust has settled, you begin to question, what if?