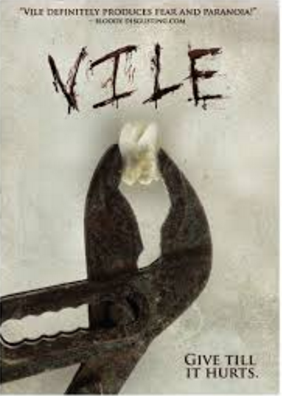 If  you have an uneasy stomach, this film and all its gore will definitely be hard to watch. A group of kidnapped strangers wake up to find that their brains have been embedded with a contraption to capture a chemical produced by the brain when afflicted by pain.  Unfortunately for them, the only way to produce the chemical is to torture themselves in the most insane ways possible.  As a lover of gore, Vile does not disappoint.  The films shows us the extreme measures people will take to survive, even if it means taking a cheese grater to peel the skin of of a victim.