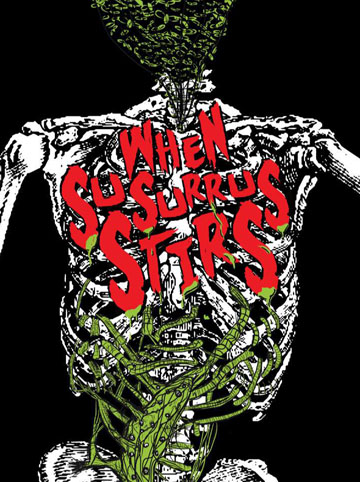 Rated “WW” for “what the what!?” When Susurrus Stirs is certainly not for the squeamish as it is highly grotesque and full of nauseating boils and skin diseases. The story is difficult to follow and seems clunky and mix matched. Perhaps the story is hard to follow due to the ongoing gory distractions. While gore is completely acceptable in a film when used in good taste, unfortunately this is not the case with When Susurrus Stirs which is sadly overwhelmed with gore. The prosthetics and special effects makeup are great which almost makes it hard to watch as it looks real and incredibly gross. When Susurrus Stirs does an incredible job at making the audience uncomfortable by delivering a non-stop sensation of claustrophobia. Much like the main character, you begin to feel like there is no escape. The film is generally dark and dirty with the intent to make the viewer feel sick, similar to the protagonist of the film. The ending of the film is a bit much with vivid imagery of genitalia which seems unnecessary and forced with the conclusion falling a bit flat. With so  much build-up in the beginning, you are left filling underwhelmed with an ending that almost feels cheesy and predictable. While When Susurrus Stirs is certainly vile and grotesque, the saving grace is that the story is actually quite creative and interesting. If the writers overall goal is the make the audience feel uncomfortable and queasy… it certainly delivers!