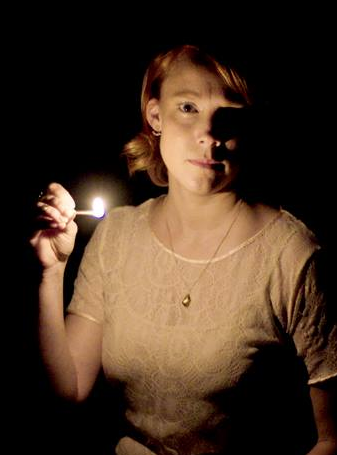 Absolutely Spectacular! 20 Matches is a completely original short film featuring one women (Nina Rausch) whose face is illuminated by only a match while she tells the story of an Austrian serial killer who murdered 20 immigrant women every year on February 20th. Everything about this film is amazing with an authentic scary campfire vibe that is on a whole other level. 20 Matches is extremely captivating even though all we see is a women and a burning match; Actress Nina Rausch’s story telling is incredibly compelling, with the perfect placement of music to further intensify the tale. It’s told in such a way where you can imagine every single detail while listening, picturing everything the sadistic killer did to his victims without actually seeing it on screen. 20 Matches definitely leaves a long lasting impression, leaving you with an uneasy sense of sadness for the women who were murdered. Immediately after watching I googled the murders to see if the story Nina Rausch tells is true. What makes 20 Matches so creative is its simplicity without crazy special effects, blood and gore while still managing to deliver everything you want in a horror film. 20 Matches even has an unexpected twist! What more can you ask for in a 9 minute and 38 second short? Watch the movie here.