Black In Red Out 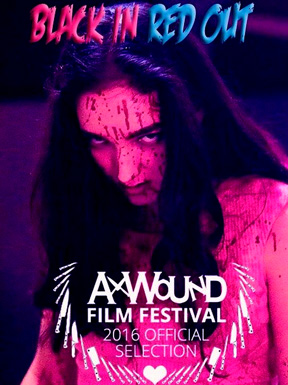 When reviewing an independent film I give the picture the benefit of the doubt, view the film with an open mind and constantly remind myself that not every film is blockbuster ready. However, in this case I can’t bring myself to buffer my review of the short film, Black In Red Out. Unfortunately, the movie incorporates all the elements that a good film avoids; the acting is subpar, the story lacks originality, the directing is choppy and the execution of the special effects leave much to be desired. I respect independent filmmakers because making a film, as we all know, is not easy and so I tried to find something positive to report. The one positive aspect of the movie is that the source of the “zombie virus” is actually very creative. I would be applauding this film if the story included other interesting aspects like this, but unfortunately it just falls flat.  When watching a movie there should be a certain fluidity through and between scenes that make for an enjoyable and cohesive viewing experience, but unfortunately this movie just feels choppy. While Black In Red Out isn’t a total win for me, I am hopeful that writer and director Monica Moore-Suriyage will continue her work because there is certainly some potential there.