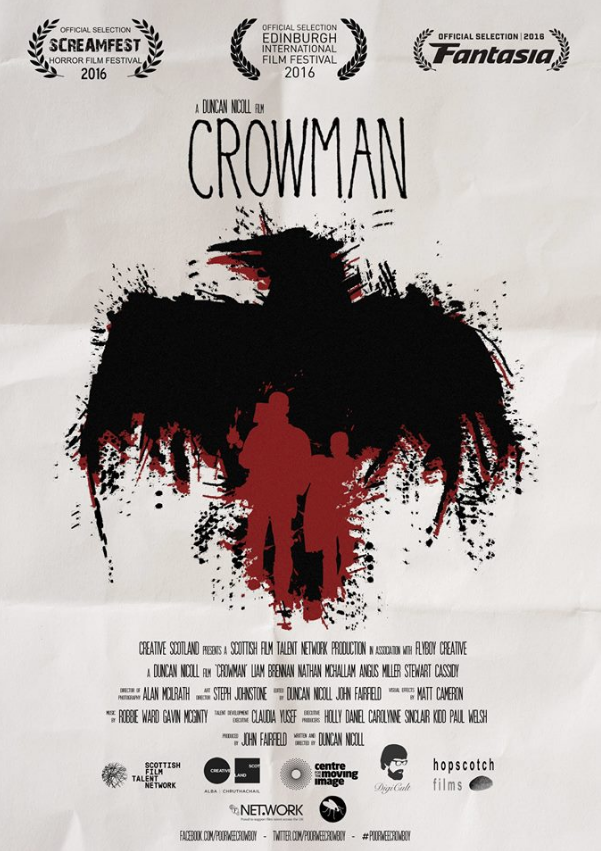 Crowman serves as a bleak tale of survival and the end of civilized society in the Scottish countryside. While it clocks in at only 15 minutes, for a short film Crowman delivers a big punch in a small amount of time and was just featured at Screamfest in Los Angeles. The movie gives us a small glimpse into a world that has clearly reached a tipping point in which society has been stripped of all niceties and the ruthless have taken over. Without going into detail as to what has driven civilization to this point, the movie simply focusses on a day in the life of a father and son who are out on the road trying to survive. Crowman is reminiscent of The Road (with Viggo Mortensen), but without the backstory and intricate detail, and serves as a simple glimpse into a world gone mad. This certainly does not come across as a low budget short, it is beautifully shot and the acting is very tasteful and convincing. Some may question its place in the horror genre, as it is certainly not your typical horror film, but it is certainly a tale of horrific times which can be horrifying in its own right.