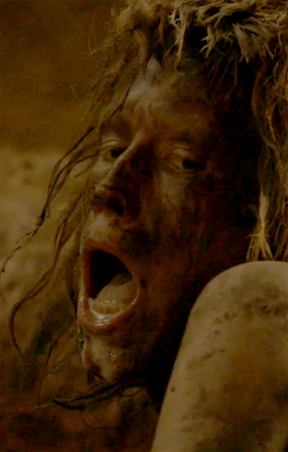 Chapter 3 continues its streak with quality performances by all involved. We have yet to see a distasteful episode this season. This week goes into more detail on the origin of those in the Roanoke Colony. We finally learn that the name of the old woman who wanders the woods at night is Thomasin White (Kathy Bates) and Chapter 3 also reveals the connection between Lady Gaga and Bates. We have yet to learn the entire story of Gaga’s character but I’m pretty sure she is a witch who roams the South Carolina forrest. The investigation for Lee’s daughter continues and this leads to the introduction of a new character, Cricket, a psychic who can speak to the dead. Cricket is an instant game changer for Shelby and Lee, while Matt just thinks he’s a hoax. Once again American Horror Story: Roanoke Chapter 3 does not disappoint, but on the contrary, it only increases the suspense and thrill of the season.