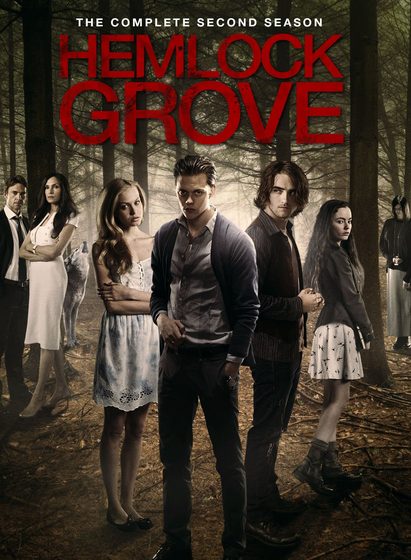 Hemlock Grove Season 1 left quite an impression. While season 1 was great, season 2 was quite awful in several ways.  It starts off strong but after the 3rd episode things begins to fall apart. The graphics were horrendous with the overuse of CGI rather than special effects makeup and costume design. This came off as a cheap Sci-fi film similar to Sharknado. However, the acting by both Bill Skarsgard and Landon Liboiron continues to be exceptional. Character Roman Godfrey was the star of season 2, going into detail on how he survives as an upir, the origin of what he is and the reason for who he is. The plot of season 2 is pretty straight forward compared to the previous season and was simple and easy to follow. The season really suffers at the hands of actress Madeline Brewer who portrays  the character Miranda Crates who creates drama and a messy love triangle. Instead of this adding an interesting side-story, you are distracted by her poor acting once she steps into a scene. She especially falls flat when set against some of the more elite cast in the show. Season 2 sheds some more light on some of the subjects that were previously left untouched. For example, Shelly Godfrey, Roman’s sister is further explained. We also get into more detail about the Godfrey Hospital and Dr. Pryce reveals secrets we thought we would never hear. Hemlock Grove Season 2 was not a complete failure but has some major technical issues with visuals effects and casting choice, but other than that the story is consistent and it is a decent season.