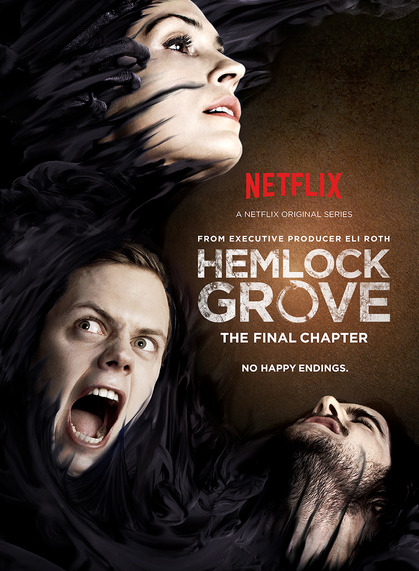 Upon the release of Hemlock Grove Season 3 I was sad to discover that this is the final season of the series. After the sadness sank in I was able to appreciate the last season for what it is and I can tell you that it is outstanding. Season 3 is even darker than the previous 2 seasons. This season presents the truth that lays within all the characters, good or bad. Performances from the entire cast is amazing, knowing it’s the last season each actor gives their absolute best. The emotions and devastation in each scene is so real and raw and the darkness that rolls through season 3 is a game changer compared to the previous season. Director Eli Roth and creator Brian McGreevy are ruthless when it comes to cutting off characters, they both definitely wanted season 3 to leave an impression and it certainly did. It is quite unfortunate that Hemlock Grove is over but it made a grand exit with season 3 being the best of the entire series. The story is dark, dangerous and unpredictable. No one is safe!