Home FEATURE How Deep Can I Go?

How Deep Can I Go? 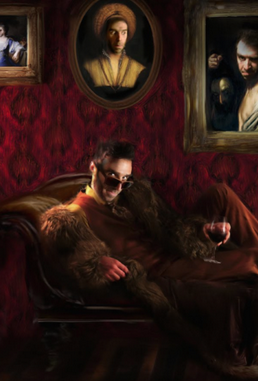 Horror Comedy How Deep Can I Go? was featured at the 2016 ShriekFest L.A, written and directed by Australian film maker Kai Smythe. This film or what I would consider an actual music video is AMAZING! It is funny as hell, it is clearly not supposed to be a scary film that leaves you shaking in your seat, but that is what I love about it. How Deep Can I go? is completely original made off hand drawn cardboard sets and props. This horror comedy masterpiece explores “How Deep” someone will go for love even if it includes torture. Receiving the very rare 5 out of 5 on AtomicAgeRenegades.com; even though, it is not particularly horrifying what its lacks in terror it makes up in ingenuity. How Deep Can I Go? thrives on its originality it’s funky and groovy you can’t help but sing along. The lyrics to the song is incredibly witty and really quite impressive. The artist/singer Hairy Soul Man (Kai Smythe)is fantastic and so full of energy it makes me think —How has this man not been cast in a Broadway musical—!  Visually the film is captivating the props that are used are beyond creative they’re are vibrant and inviting. How Deep Can I Go ?satisfies my craving of a unique and imaginative flick; filled with an authenticity that I have been looking for in the horror genre.  A huge round of applause to Kai Smythe for creating an extraordinary piece of art I am sincerely floored.  See the film here https://www.youtube.com/watch?time_continue=275&v=rPGOXjxEjqQ