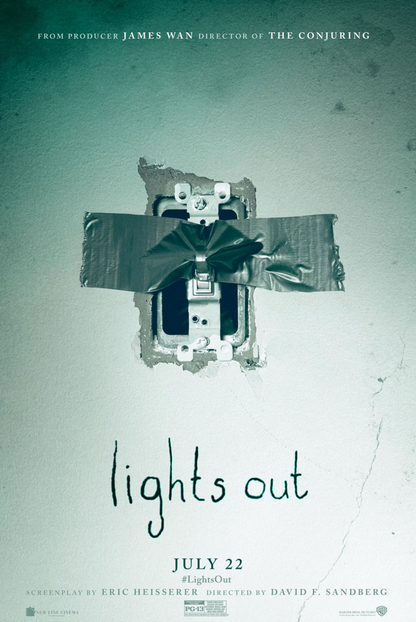 Lights out is an adaption of an original horror short film by David F. Sandberg. The 2 minute and 25 second movie became a huge sensation on the internet before being turned into a hollywood film that was released this year (2016). After watching the original short film I had high expectations due to its originality and creativity. Unfortunately the horror factor falls flat in the feature film by adding an origin to the creature. The once mysterious and daunting villain is now just a simple ghost and in my opinion this substantially reduces much of the original fear factor. The terrifying monster that lurks when the lights are off now has a history which unfortunately turns the once mysterious aspect of the film into a predictable, mediocre, supernatural horror film. It is easy to say that the short film Lights Out although significantly shorter than the cinematic adaption is much more terrifying than the actual 1 hour and 21 minute feature film.