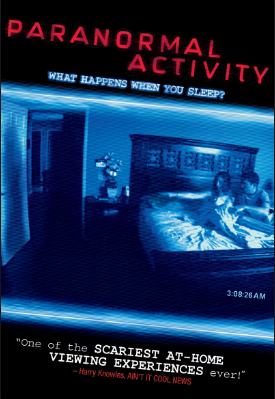 Paranormal Activity is a  video diary film that follows the life of Katie Featherston and her partner Micah Sloat. The film documents the couple’s encounter with a demonic spirit believed to posses the house.  For a low budget film, it is well crafted and quite entertaining with its use of small creepy tactics.  It lacks in originality, it’s a “been there done that” film, with a predictable ending but it does offer one good twist.   Aside from its shortcomings in originality, the flick offers a cheap good scare, but for those with a lack of patience, you will find yourself frustrated.