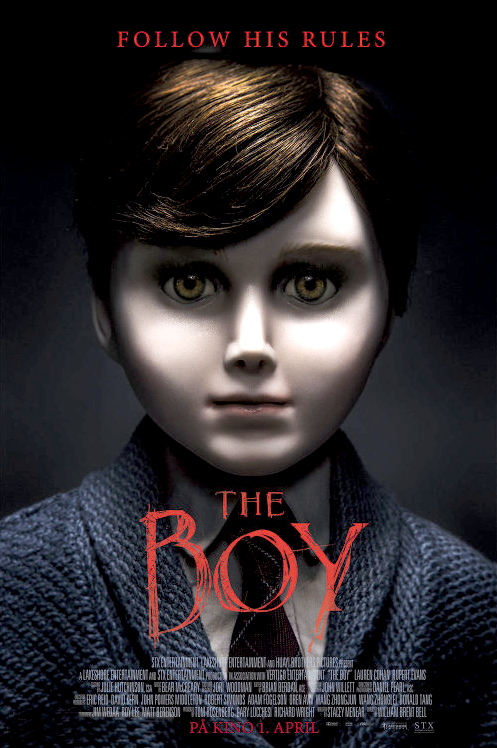 The Boy was completely and utterly disappointing. The Child’s Play inspiration is tasteless and over done. The film is hardly scary, rather dry and the on going thriller seems endless and pointless. As Lauren Cohan’s first horror film it is sufficive to say she should stick to her character as Maggie in the extremely popular television show The Walking Dead. It is sad to say that the trailer for the film is much more terrifying than the actual movie itself. Unfortunately it is filled entirely with long and boring scenes that bring absolutely nothing to the table in terms of character development. All in all this horror flick is shortcoming and misleading.