Home REVIEWS CREATURES The Man Who Caught a Mermaid

The Man Who Caught a Mermaid 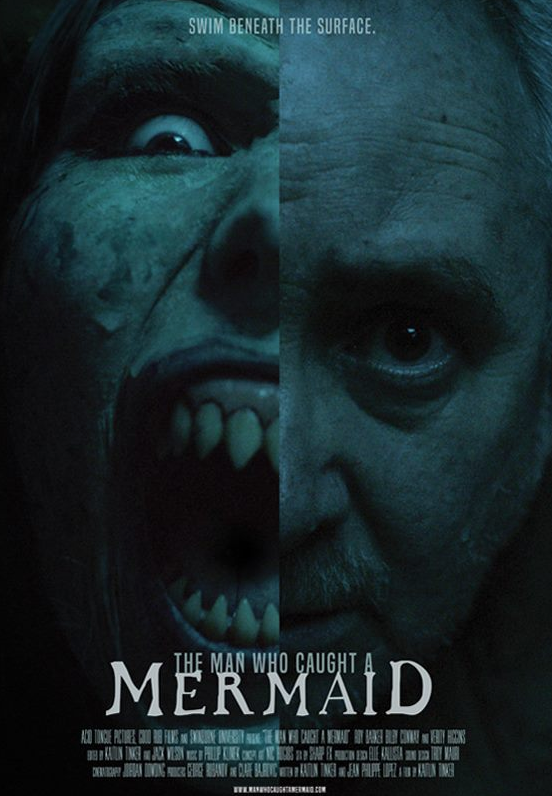 Mermaids; Fact or myth? The fascination with these aquatic creatures consume the life an elder man named Herb in the Kaitlin Tinker film The Man Who Caught a Mermaid. Herb is clearly living with the obsession of a fictional creature, the mermaid… or so we think. This short unveils Herbs unstable mentality and the lengths he will go to keep his mermaid alive. The Man Who Caught a Mermaid is a 15 minute short film that just keeps on giving. I do have to address that the film is not spine chilling. The film is unnerving and exposes the measures of how far Herb will go to make his fantasies of having a mermaid come true. The story flows really well however, it does have a few areas of confusion. It focuses on important details and character development; while watching the film you somewhat take a psychological journey with Herb who is desperate for any glimpse of excitement. Speaking on behalf of the actual mermaid it was well executed as the mermaid is what made this short a horror film. The creature was hideous; it didn’t look like the little mermaid at all. On the contrary, it was the complete opposite. The special effects makeup and costume design was spot on and added authenticity to the film. Imagine if Ariel got gangrene and started rotting away… that’s what this mermaid looks like. The Man Who Caught a Mermaid is a dark, intriguing and logical film with incredible acting from Roy Barker (Herb) and a story to remember.