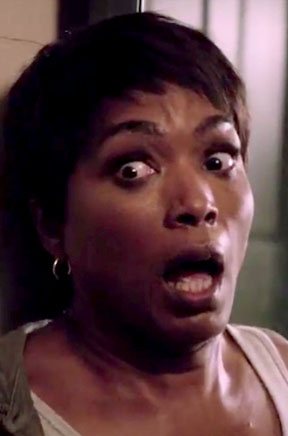 Once again American Horror Story did not disappoint as episode 2 was filled with more scares and strange scenes that were gory and uncomfortable to watch. What made this episode different from the first was that it added a deeper story to the house, explaining the horrible events that took place on the Roanoke property. The introduction to new ghosts and demonic rituals revealed the celebrities we thought were missing in the previous episode, such as Lady Gaga who was presented as a psychotic woman who is either a witch or a creature of some sort. All I can say was that her costume was incredibly similar to the DC character, Enchantress. Lady Gaga was featured alongside Kathy Bates who appeared to be the leader of a cult in the first scene of episode 2. This scene revolved around a human sacrifice which was brutal, unnerving and a fantastic way to start the 2nd chapter of the season. The episode also went into great detail about the previous owners who were nonetheless evil and malicious. With more information on the house, new characters were introduced such as two nurses, Marnada and Bridget James, whose spirits linger within the halls of the home. Also, a ghost named Priscilla is mentioned by Lee’s daughter, Flora, who she took into Matt and Shelby’s home. Lee later realizes that bringing her daughter into the presence of evil was the worst idea of her life. American Horror Story Season 6 episode 2 was full of information that added an abundance of suspense, character development and plot interest. Once again AMH continues to impress and the anticipation for the next episode is unreal. So far this seems to be the best season of the franchise.